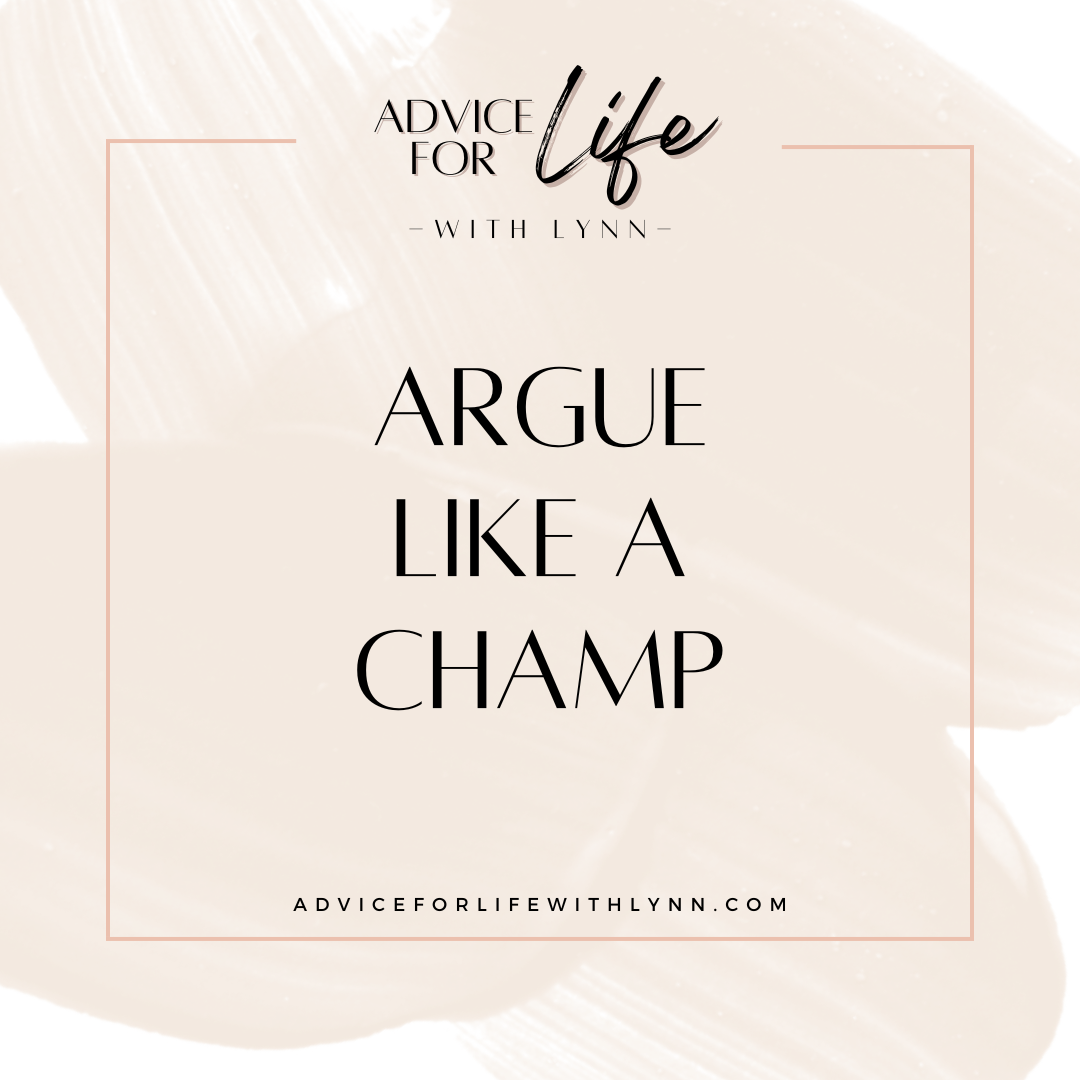 in Tips to Happiness

“Why are you heating up all the spaghetti sauce? That’s crazy, just take some out and put it in a smaller bowl.” He said.

“Can I just please do things my way?” She said.

“I’m telling you it’s not smart to heat the whole thing up, we don’t need that, plus you have a plate on it. And why did you put a kitchen towel over the pasta?” He said.

“I thought everyone would eat all the sauce. Never mind, I think you should just do it yourself.” She said.

“Fine, yeah I think I should do it.” He said with an eye roll.

“You’re always blaming and criticizing me!” She said.

“Everything I do feels like a criticism to you!” He said.

This argument between a husband and wife has all the typical “bones” of how many of us  argue ineffectively. One may criticize, the other may get defensive and both invalidate themselves and each other.

This is nothing new.

Nearly every couple on this planet has arguments.

It’s part of having this human experience on earth.

And we know the issue is never the fight itself, it’s always what’s under it.

But sometimes we can’t get to what’s under the argument, because we’re too busy trying to prove how right we are and wrong the other person is.

Most of us never learned how to take responsibility for our feelings, or listen to someone with the purpose of understanding them.

Until now! Wake up couples because I’m here to help.

I call it the TLVR method:

This means taking ownership in how you’re feeling at the time and what you’re saying. The opposite of taking responsibility would be blaming others or projecting on others.

Going back to the spaghetti sauce argument, you can see neither couple took responsibility for their feelings or actions.

Taking ownership also uses the word “I” and very little-to-no use of the word “you”.  So, listen to yourself talk. If you hear yourself saying “you always” or “your fault” or “you never” — you’re projecting and blaming.

“I’m wondering why you’re heating up all that spaghetti sauce when it’s just the two of us.” He said.

“I thought you were really hungry and I wanted to take care of you so I’m making a big meal.” She said.

“Thank you, but I’m worried the thing may explode in the microwave and I’ll have to clean it up and I’m too tired to clean.” He said.

“Oh, I get it and I appreciate that you’re always keeping our kitchen clean. If the sauce explodes I’ll clean it up. I want to take care of you!”

In this scenario, both said how they felt, took responsibility by using the word “I,” and didn’t project or blame.

Step Two: Listen to the Other Person

All humans want to be heard. Everyone wants to know they matter. When we listen to our partners we are silently telling them we value them and what they have to say. When we argue, we can be so connected to our ego that we become hell bent on getting our message across and can’t even hear the other person. This causes a disconnect and resentment.

“I hear you’re worried the sauce will explode in the microwave, but is that it?” She said.

“It’s just that I’m really tired and I like the kitchen clean, plus I want to use the sauce another day and stretch our food budget and if we heat it up all today it might not be good next week.” He said.

“Oh, I understand. This is truly about the budget. Thanks for looking out for us. Okay I’ll heat less sauce!”

In this scenario the wife hears the husband’s real concerns, doesn’t take those concerns personally and listens with love about his worries. The husband feels heard and loved.

Validation is a fancy word for saying to someone, “I see you.”

Validating someone can be the magic pill to making someone feel on top of this world. It can turn an argument into a love session.

Validation is so powerful, we can validate each other and not have a resolution, and still feel good!

Validation is so incredible. When we validate someone the brain doesn’t know if it’s being validated, or someone else is, but it those feel good chemicals flood our brain regardless of who’s getting it.

Here’s an example of how the spaghetti couple invalidating and blaming each other:

“Why the heck are you’re heating up all that spaghetti sauce when it’s just the two of us?” He criticized.

“I’m doing my best,” she defended and invalidated herself.

“Why you always so critical?” She projected.

“You always think I’m criticizing you.” He invalidated.

“Please stop rolling your eyes at me.” He showed contempt.

“Maybe you should just do it.” She defended.

In this example, there is no listening, validating, understanding or an attempt at resolution.

In fact, the wife not only invalidated the husband, she invalidated herself by getting defensive. Whenever we defend what we’re doing or feeling, we are telling ourselves, “I must be doing it wrong because I have to explain why I’m doing it this way.”

When we truly believe we are innocent, there is no need to defend or over explain.

We all been on both sides of invalidating and blaming and it’s pretty crummy.

In a popular and respected marriage counseling method called The Gottman Theory, founder John Gottman discovered 1/3 of all conflicts can be resolved with the right approach, but that many arguments go unresolved and that’s okay. It’s the way we argue that’s either detrimental or enhancing.

So, not every argument will end with “Oh, you’re right I’m wrong. Now let’s get on with life!”

Some will end with “I see what you’re saying, I’ll keep that in mind.”

The resolution itself is the intention the couple has to hear each other and to see each other.

Here’s an example of the spaghetti couple correcting their old pattern of criticism and blame and practicing TLVR:

“Why are you heating up all that spaghetti sauce? And why are you putting the clean kitchen towel on the pasta? That’s not good!” He said. (Criticism)

“Well, I appreciate you making lunch, you’re always thinking of us.” He said. (Validation)

“I’m just worried the sauce will explode in the microwave and I’m too tired to clean it up.” He said. (Takes responsibility).

“I can understand why you’re tired you’ve been working hard all week.” She said. (Listening and Validating)

“Why don’t you go sit on the couch and I’ll heat this up on the stove.” She said. (Resolution)

“Okay thanks. I’m also thinking about our shopping budget we agreed on. I don’t think we need to heat up all that sauce.” He said. (Taking responsibility)

“I don’t have the same concerns but okay, I hear you’re concerned about money and I get it. I’ll save half the sauce.” (Validating and Resolution)

Taking responsibility for our end of things, listening with purpose, validating others and having an intention to have a resolution and not hold a grudge, works miracles on all types of relationships. This method is useful for friendships and work.

No One Is Perfect

You might not perfectly practice TLVR all the time. But if your purpose is to become more aware of how you feel and how you’re speaking, you’re already way ahead of the game.

Here’s to the intention on arguing like the champions and connecting to the people we love.

Having an Attitude of Gratitude