Why is Emotional Self Awareness Important? 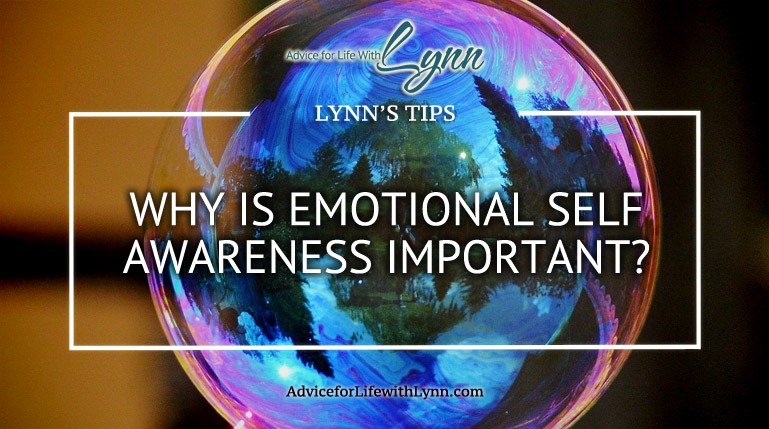 Once you have a clear intention on what your goal is (tip one from last week) — now you’re ready for step two: awareness. A large step in growing toward your higher self is simply to be aware.Honestly, it’s simple in concept but can be quit challenging to practice.

I go back to my exercise example; it’s like when your trainer says “Just do 50 squats a day and you’ll have legs like Madonna.” Sounds easy, but to actually practice it and do it, ain’t easy — because it’s new, and well, it’s hard! And everything new in the beginning is hard (but with practice it gets easier).

Let’s talk about what awareness is.

Awareness is being conscious of what you’re feeling, saying and doing. Some people call this mindfulness. Call it what you want. The truth is, most of us go throughout life reacting to situations and not being aware or mindful of what were feeling or why we’re reacting in the first place. Awareness is a critical piece in the path toward self-improvement because if you’re not aware when you’re doing something that’s causing you pain or keeping you stuck — how can you even change it?

One night, he says to Steve in a panic, “Where’s my medication?! It was right here and now where is it?! You know I need this to sleep and I have a really big day tomorrow!!”

Steve immediately reacts defensively and angrily responds, “Why do you always accuse me of your mistakes? I didn’t do anything wrong and I don’t know where any of your crap is!”

Both men were not aware of how they were feeling – not even close. So, if they weren’t aware of how they were feeling, how could they even express it? What they each had was a feeling of fear, frustration, blame, being mis-understood and unheard. Since they were unaware of their feelings, they instead reacted to those feelings and projected them on each other. As you probably well know, projecting on each other always turns out to be a disaster.

How do we create awareness?

First, go back to basics and tell yourself you have an intention to become aware of how you’re feeling as much as you can during the day.

This means, you have an intention to be in the moment, to be present, to check your feelings as much as you can during the day. You commit to asking yourself, before you react, “What am I feeling here?” Being aware always, always, always starts with the words I’M FEELING….” You can fill in the blanks later, but always say to yourself or out loud, “I’M FEELING…”. That gets the awareness ball rolling.

Let’s re-do the above scenario with that intention, and put some awareness in each man:
One night Mike is desperately looking for his sleeping pills. As he’s turning his apartment upside down looking for his mediation, he’s watching himself get all worked up. He stops for a second and stands up and says to himself, “Wow, I am pretty stressed here. I gotta find those pills or I’m not going to get any sleep, and I’m gonna bomb that presentation tomorrow.”

His partner Steve walks in and says, “What’s up? You seem upset.” Mike practices being aware and says, “I’m feeling really frustrated right now because I can’t find my sleeping medication. If I can’t find it, I can’t sleep and if I can’t sleep I’m gonna bomb tomorrow’s presentation. I’m sick and tired of not being able to find stuff around here!!!”

Yes, Mike freaked out. But, Mike was aware of his feelings and simply let them out. He didn’t project on Steve or anyone else.

Now, Steve could take this all personally and react himself. But here’s what it would look like if Steve practiced being aware himself:
“I’m feeling like I did something wrong because you’re so upset. I know I didn’t, but I can’t help feeling responsible in some way. I also feel really bad for you because when you’re upset, I get upset. Let’s look for this together.”

Steve was aware he was feeling responsible and expressed it. He, or Mike, didn’t have to fix anything. They just needed to be aware of how they’re feeling.

Awareness doesn’t always have to be a negative thing. It’s also extremely helpful to practice being aware of how you’re feeling during the day at random.

If you’re at work and you’re walking to the restroom, watch yourself, get in the present moment and ask yourself, “What am I feeing right now? Oh, I’m feeling I need to use the restroom… I’m feeling pretty content… I’m feeling a little worried about that email I just sent.” That’s practicing awareness, without having a reaction.

More challenging: practicing awareness when you’re reacting to something. The next time you find yourself reacting to something, which, if you’re like me will be in the next 30 minutes, catch yourself reacting and ask yourself “What am I really feeling here?” It may be, “I’m feeling really mad this driver cut me off!! Okay, I’m aware I’m feeling mad right now.” This is practicing awareness. And like anything, the more you practice the easier it gets.

If you need to brush up on how to create your true intentions, read How to be Honest With Yourself About Your True Intentions (step one of this process).

Next, we will talk about acceptance, and how that can impact your life.